Home Conservation Blogs There are places I remember

There are places I remember

There are places I remember, all my life…     John Lennon 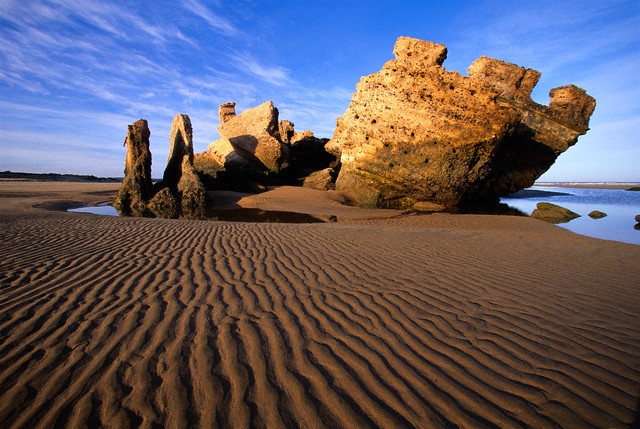 I heard Bob Dylan’s iconic song Mr. Tambourine Man playing on the radio the other day (thank you CBC!), and it triggered a memory, immediately transporting me back to a very special place and to a moment, long ago, that rests within me and that surfaces from time to time. Music attaches itself to memory in intricate and powerful ways, pulling forth not only images and sounds but many emotions and deeper feelings of connection as well.

I was suddenly back in Morocco. Just outside of the city of Essaouira on the western coast, lies the ruin of an old watchtower, partially buried in the sand, surrounded by the ocean at high tide, eroding, little-by-little every day, but still maintaining a dominating presence over the vast stretch of beach that lies behind it. Bordj el Berod, as it is known, is built on a large natural rock foundation and is constructed of large stone blocks. Its survival over centuries is remarkable and its continued presence, standing bold against the elements, still commands attention. Its origin, however, is of some debate.

While it is often referred to as the “Portuguese Fort”, it is not – that is simply confusion with other Portuguese fortifications in the area. Its construction is generally credited to Mohammed ben Abdallah, the Sultan of Morocco, in the 18th Century. There are some, however who feel many of its features, materials and construction techniques more closely resemble Phoenician construction and suggest it could be linked to other Phoenician ruins in the area, found mostly on a small island off Essaouira (these ruins date from the 6th Century BC). 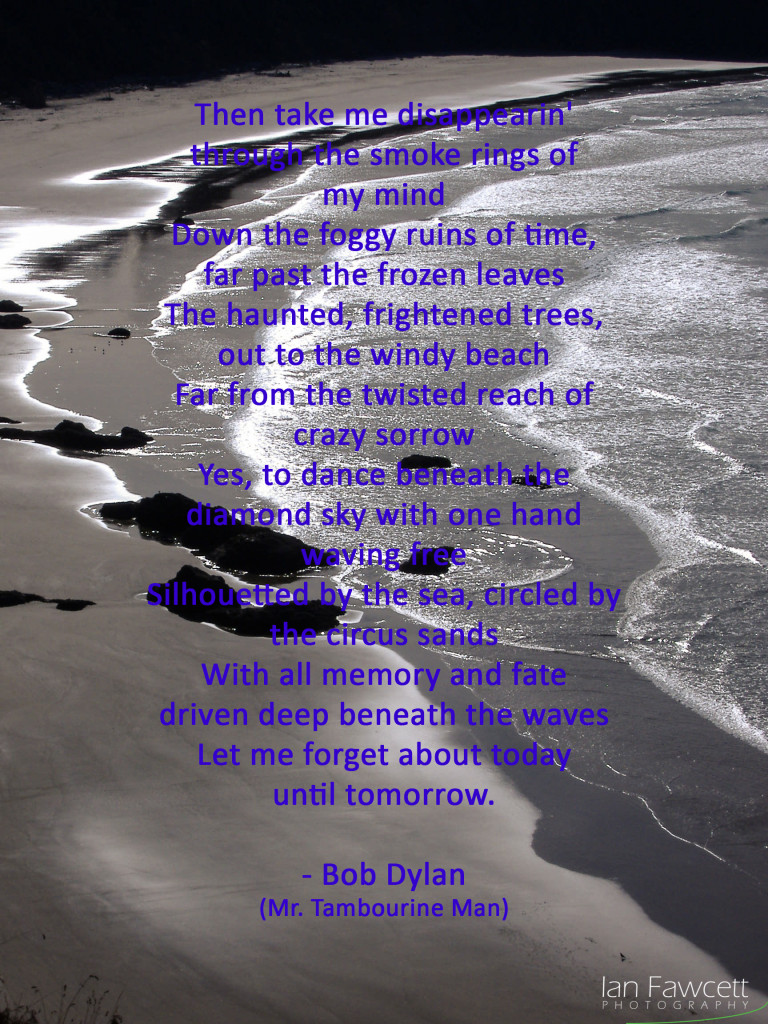 Regardless of its origin, it’s a magical place. I came across Bordj el Berod in 1974, when I was travelling through Morocco (on one of those hitch-hiking/find-yourself/misspend-your-youth trips through Europe and North Africa that seemed obligatory for 20-somethings back in the 1970’s). I was travelling with a group of people, all strangers who’d met along the road, clustered into two VW vans. We set up camp outside of town, then headed out for the beach. Out through the dunes, past the lagoon, over a rise and then, all of a sudden, we came upon this surreal ruin, right at the water’s edge. We clambered up on top, and sat around the old walls, enjoying the moment and our overlook of the expanse of sea and beach that surrounded us.

The beach was like a carnival. Part beach and part local thoroughfare. There were camel caravans bringing loads of goods into and out of Essaouira’s port. There were old men dragging/coaxing donkeys, also loaded down with packages, young men with bicycles and motorcycles, some riding, some pushing their vehicles through the soft sand. There were local people from the nearby village of Diabat, going about their lives. And there were visitors, like ourselves, mostly young people on quests of their own, looking for something they hoped to find there.

The Bordj was a magnet. One after another, people climbed up to join us. Before long there were more than twenty of us gathered in this remarkable spot, talking, laughing, enjoying the day. Someone counted: there were people of fifteen different nationalities, speaking nine different languages – and all able to converse, to understand and to be understood – sometimes directly, and sometimes with little pantomime or a little interpretation to help. Soon, the wine and the kif and the food came out, and everyone shared what they had.

The guitars came out too, and we began to sing together, searching for music that we all had in common. It wasn’t hard; music, especially for young people, is universal. I tried Mr. Tambourine Man, and it clicked – we all knew the song, especially the chorus. We sang it, and then we sang it again, and then again. It was like an anthem. As we sang, we all began to realize that right here were the “foggy ruins of time”; here was the “windy beach, far from the twisted reach of crazy sorrow”, and here we were “beneath the diamond sky”, “silhouetted by the sea”, “circled by the circus sands.” Right here were the inspirations and the connections that Dylan had been searching for.

As the heat of the afternoon sun became too much, we left and continued on our journeys, each one of us, I believe, enriched by the extraordinary connections we’d experienced in that extraordinary place. Many years later, with a few bars of music, I still remember that moment, and I still treasure it. Our memories are precious gems, whose value increases with time. We should not take them for granted.